Tidbits about Jillibean Soup and the life behind the bowl…

What’s the matter with Jason?  I think he’s got some issues…

I’m with Melissa – he took away that one special moment in her life and made it a crappy memory!

Note: From the Bachelor, for all of you non-Bachelor fans.

These were displayed in the “green” case at the CHA show.  When hubby was building the booth, I had him cut some blocks for me to decorate.  I adhered the paper and then he sanded them down with the belt sander.  The paper just melted into the wood and looked great. 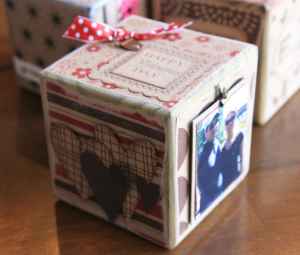 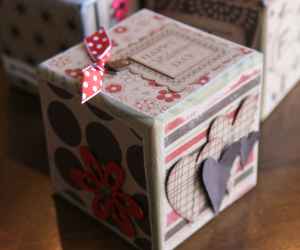 Sorry the pictures are too bright.  Too much sunlight coming in the window.  Anyhow,  this was my favorite block…a Valentine’s Day block for hubby. 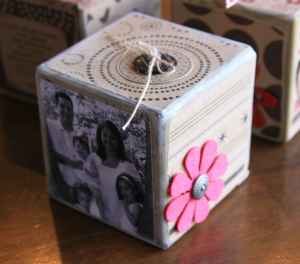 This was intended to be a “Happy Mother’s Day” block but it just turned out to be a “family” block.   The quote on the side says “God could not be everywhere, so he created Mothers”.

Fun Bits for the week…

Fun Bits for the week of February 23rd…

*First of all, I can’t believe it’s March already!  Where did January and February go?  18 days ’til spring!

*Leah was chasing Kami around the other day and said “I’m going to catch you, you little terd”.  Where in the world did she get that – hmm, hubby??

*Brooke said “I love you” for the first time.

*While driving past a river the other day, Kami said “I see some crocigators”.

*While eating a chicken McNugget, Leah asked if the nugget comes out of the chicken (like an egg).

*Imagine driving and looking in your rearview mirror to see your 5 yr old and 2 yr old doing the “raise the roof” move to Beyonce’s All the Single Ladies.

*I found this note sitting on the table the other day…made me chuckle.

*Here’s a pic of Kami talking to Eric on the phone this past weekend.  She’s so funny when she’s talking on the phone.  She acts like such a grown-up. 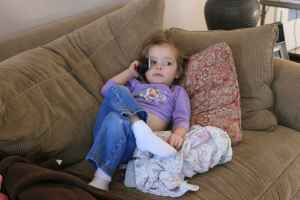 Have a great week everyone!  Hopefully my week will be better than the weekend!